Implementation and operation of self-service bicycles and rented bicycles. 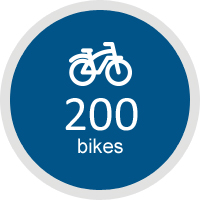 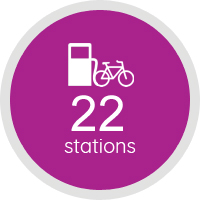 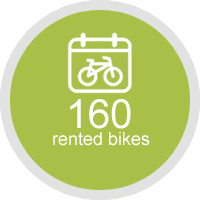 Cykleo managed in parallel the development of networks in Pau, Bordeaux and Laval. Pau installation and commissioning of 22 stations and supply of medium and long term rented bikes took only 4 months.

The cycling challenge in a the country of the “Grand Prix”

Automobilists in Pau spend an average of 10.8 hours per year in traffic according to Inrix, 2017 (the world leader in information services traffic).

The IDEcycle was launched so that drivers operate a modal shift from car to bicycles.

To facilitate the intermodality, the self-service bike stations were therefore installed near multimodal hubs and 160 bikes, (80 with electrical assistance) have been rented.

The study conducted in 2014 together with Idelis shows that the self-service bicycle was used as substitute for public transport at night. In addition the majority of IDEcycle subscribers also subscribe to Idelis public transport services.